I love maps.  Right now, I have a stash of them tucked away in my closet just waiting to be opened.  And not just any map, but National Geographic maps.  Maps with insets that explain the context of what you’re seeing and why.

Yesterday my son asked me to help him make a map.  We sat down on the floor and I drew a coastline and a wall, a river and some rapids, a flower field and a forest.  And as I drew, I asked him what they were and why they were there.  The wall because the Snake King didn’t want anyone to bother his gardens of flowers in their tidy rows.  The rapids because giants threw stones in the water and didn’t realize what trouble they would cause.

We talked about why a desert could be so close to the water and how that could happen.  That a river flows to the ocean—most of the time.  As we built this world, more stories emerged.  No one came to the coast—why?  Was it too shallow? Were the lands on the coast inhospitable?  We called it the Glass Coast.  Was it made of glass?  We don’t know.  But we have room to decide.  And in a world where the strange and the weird happens, you need to know the why and the how even if it didn’t behave like the world we live in now.

Worldbuilding is something fantasy and science fiction writers have drilled into them.  We come from a tradition of epic lands where the author knew exactly what happened in that particular place—20 years, 100 years, 1000 years ago.  A level of detail so precise that many people never leave the worldbuilding process at all. That is the writing world I grew up in.

But I write romances and contemporary ones at that.  And yet this process of knowing the who, the what, the where and the how still informs the way I build my romances.

There’s logic and rules embedded in the world you create, even contemporary ones. The same questions apply.  Who is this person? What does she do? Why does she do it there?  Who does she see in her average day? How does she feel about all of that?

For me setting is my third character. But setting isn’t just a spot on a map.  It’s also a country, a region, a neighborhood, a house, an apartment. It affects class and occupation, race and gender. Setting is a culture and a way of seeing the world that my character either conforms to or rebels against.

Some stories work better in certain settings but that doesn’t mean you have to set them there.  Some of the best stories go against type.  What would it be like to be that person, in that time, in that place, with that background, doing that job? Those answers build your world.

If I’d never drawn the wall on that map, I never would have known that the Snake King has a garden of flowers in neat rows.  Then I never would have asked why does the Snake King have that garden? Did they plant it themselves or have they always had this garden?  Is it decorative or does it fill some spiritual or political role? And those answers always add depth to the story.

I want to read that story.

I have a love for the novelty T-shirt.  I like obscure nerd shirts.  I don’t have a Batman t-shirt. No. I went online and bought a Batwoman shirt years before the CW cast Ruby Rose as the lead.

Two years ago I bought a Hogwarts T-shirt and I get more questions about it from strangers than any of my other shirts.  Some people just say I like your shirt and keep walking.  But a few will ask are you a Harry Potter fan?  Still others will ask which house are you?

It’s jarring to be recognized and asked about them as if they are trivial matters. I never quite know how to answer the first question and I feel a little like a fraud when I answer the second.

I grew up before nerd culture was mainstream. You had to know the terms and the symbols to even ask questions. It sorted out the dilettantes quickly. But the byproduct of a visible nerd culture is that it opens up those terms and symbols to a broader audience.

When people ask me are you a Harry Potter fan I want to know, are you? Because if you’re not, why are you asking me? I’m too old to sit through a casual conversation with someone I don’t know about how ‘that stuff never appealed to me.’ Don’t yuck my yum. But if you are a fan, I wonder what kind and do I measure up?

I was in my twenties when the first Harry Potter book was published. I’ve read femslash in the HP world for years. I think I’ve read more HP fan works than I’ve read the original. I’ve seen the movies. I’m sure there’s a hierarchy between book fans and movie fans but I wouldn’t know. I don’t even know what the fandom is called.

Because I did not grow up in the HP subculture, I wonder how does one know which house they’re in? Do you just feel an affinity for one and declare?  Or do you take a test? I took a test or two. I always get into Ravenclaw (even on Pottermore). But I’m a mastermind and manipulator so I feel I’m more Slytherin. What house does that make me?

But underneath it all are the real questions.  Are you like me? Do we have common ground? Am I safe to be myself with you?

We are always searching for the places where we belong. Wondering if we measure up. How we fit in.

For me, being queer is no different. These communities use to live in the margins.  I came out of the closet many years ago and my own visibility has been in step with the larger queer community.  But not so with my fandoms.  I was used to hiding in plain sight.

Queer is who I am, fandom is where I live.

Every time I put on that T-shirt I make myself visible. The next time someone asks if I’m a fan I’m going to say yes and then I’m going to ask them which house are you? 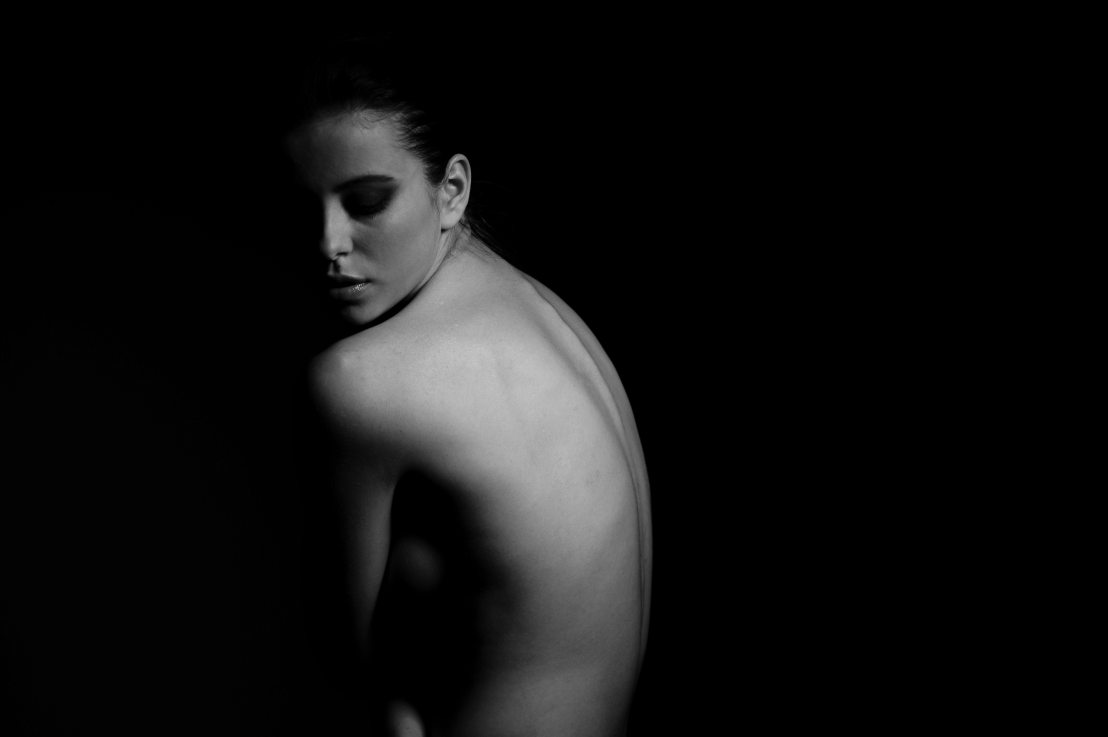 I went to my first GCLS conference this week and I got to be Leigh Hays in real time. I extrovert in my day job but the reality is I’m an introvert. I get my energy from inner resources. A room full of new people is not energizing for me but it’s not terrifying either. It’s just work.

It was my first outing as a soon to be published author and I met my new co-workers for the first time. I also met readers who I hope will one day be fans. I went to several writing workshops and did a lot of networking. There were some hits and some misses on both fronts. It was an odd and intense experience.

Doing all of this for the first time, I felt exposed. I took comfort in the fact that most writers are introverts and to different degrees, felt the same way. In a setting with so many people, it takes time to find the people you can be vulnerable with. I think I made some good choices and next time I plan to push my comfort zone even more.

I’m glad I went. But in the meantime, don’t mind me, I’ll be in the corner over here putting on my clothes.

I love a good setting. I think the first reason I was drawn to science fiction and fantasy were the settings. Mountains, forests, oceans, so familiar and yet so different. But if the world doesn’t work, neither will the story. Contemporary settings are easier for me because so much is already determined. Most people understand how electricity works, so a character turning on a light doesn’t require much explanation. But that doesn’t mean, there’s less thought that goes into creating contemporary settings–just different. And if done right, setting is another character in the book.

Providence began as a setting for another story and another character. I was looking for a place with a specific sense of history. I had an image of red bricks and old houses in my head. Places like Charleston, SC; Brooklyn, NY; Back Bay, Boston, MA were all contenders. Charleston still holds a special place in my settings folders but I felt that I couldn’t ignore the whole baggage of the South. (I did grow up below the Mason Dixon line). I felt that one neighborhood in Boston was too small so I settled on Providence.

I could do Providence. It had the bricks, the history. But not many people had written about it. Researching it was a challenge. I would go into bookstores and look for travel guides. Sometimes the closest I’d come for Rhode Island let alone Providence was a guide to New England. Google Earth was my friend. I found a wealth of information across the web. But still the story eluded me.

So I returned to the list and chose Brooklyn. There were so many Brooklyn’s out there that I couldn’t find my own version of it. I experienced information overload and I gave up. I walked away from that story and the whole question of setting evaporated.

But I never stopped thinking about Providence. A web clipping here, another book there. A couple of years later, I was working on a romance set in New York City. The characters felt off; I couldn’t get into their heads. Sure, I knew who they were but I couldn’t get into their daily routine. Then I remembered Providence and I took out my maps. I started researching neighborhoods and then apartments. I figured out where they lived and where they worked. I started putting those places on the map and suddenly I knew what my characters did and where they were during the day. They actually lived two blocks from each other.

Everything jelled. I had been living and breathing Providence as a setting for ten years and it worked. It felt real. That kind of verisimilitude that comes close to authenticity. It didn’t hurt that Providence wasn’t a popular setting for books, tv, or films. In fact, it felt liberating. I could make it my own without throwing too many people out of the story.

Context matters. The right setting gives depth and atmosphere to the story. It imparts a way of seeing the world that is unique to that location. It conveys cultural meaning, conscious and unconscious. Providence gave me the background for the kind of stories I wanted to tell.